This month’s “Flashback 125 NL” looks back at the story of the innovative “Monte Verità” community, which sought to guide society on a third, spiritual path towards self-discovery alongside those already tried, namely capitalism and Communism. 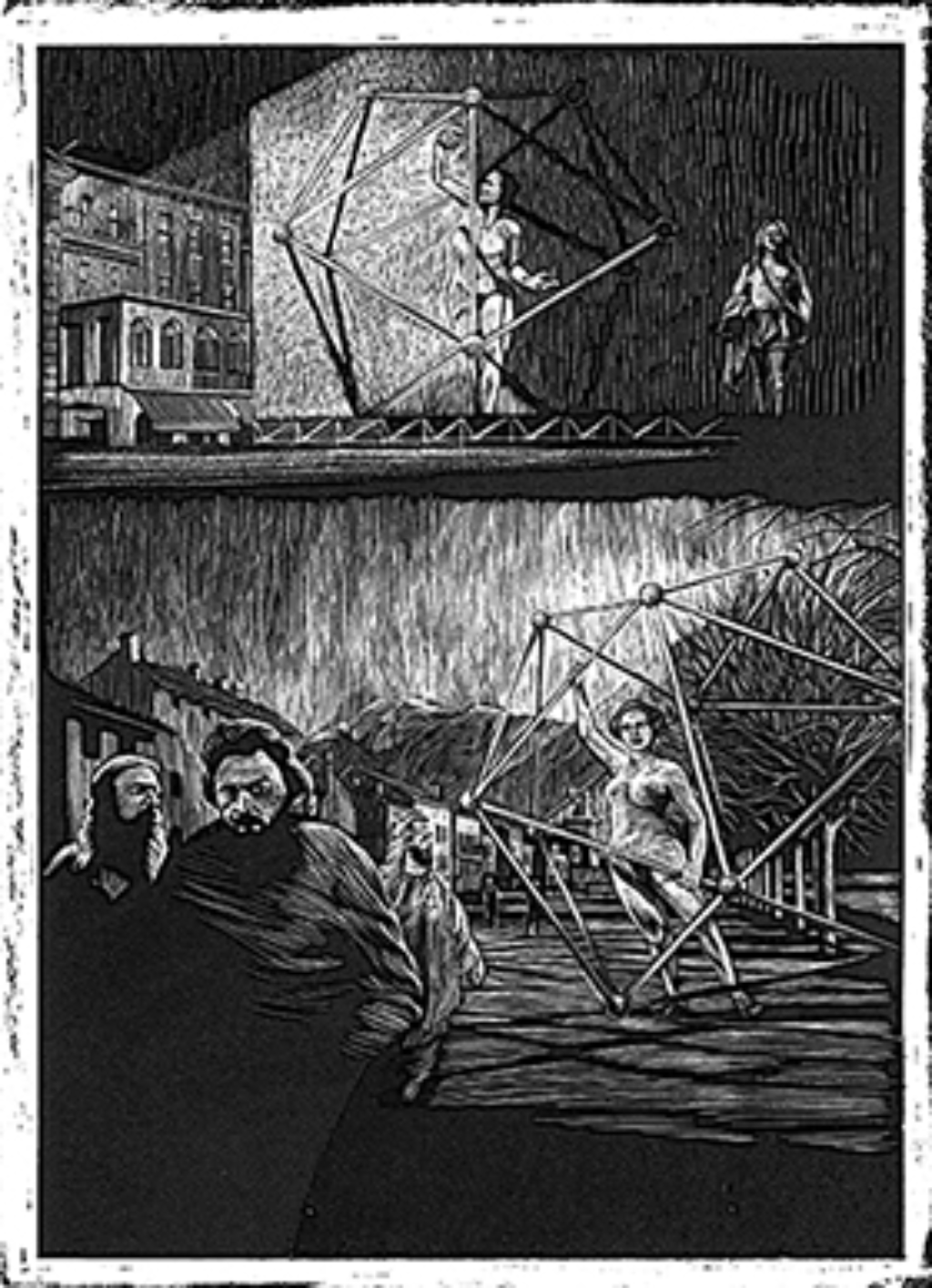 We are a magnet that draws people towards us. Some want to work undisturbed or take a rest cure; others are looking for happiness. For some, it’s sources on utopias and stories; for others, statistics and figures. Some come simply to drink coffee or have lunch; others want to share their views on life, the universe and everything. Still others simply want to see or be seen. Architecturally, we’re quite similar: the Library is an example of “Neues Bauen”, or New Objectivity, while the Hotel Monte Verità is pure Bauhaus. We create a space for people to broaden their horizons. We appreciate different values. We offer light and warmth.

An open space for experiments

Monte Verità, by contrast, is rural. The Monte Verità community goes back to nature. Its lifestyle is alternative, vegan and drug-free. It is an international melting pot, a conglomerate of theosophers, Illuminati, anarchists, National Socialists, dancers, Eurythmists, gardeners, nude bathers, the sexually liberated, artists, Bohemians, writers, patrons, preachers, psychologists, the politically aware, enlightened feminists, orthographic reformers, refugees from war and revolution, Dadaists, colonialists, nobles, money enthusiasts and reformers. The supreme goal is self-realisation. If you fulfil your potential you are free, and the world becomes a better place.

Much has already been said and done about Monte Verità. It all started with a yearning for a southern paradise and for the sun. The ground had already been broken: Bakunin and his anarchist entourage had been in Minusio since 1873. Also there at the outset was the combination of money and spirit, embodied by the cosmopolitan scion of an industrial dynasty Henri Oedenkoven and the feminist musician Ida Hofmann, as well as the paleo-Christian alternative lifestyle advocate Karl Gräser and his brother Gusto. The founders of Monte Verità had met in the natural healing institute of the Swiss “sun doctor” Arnold Rikli in what was then Austria.

The ideas of Monte Verità exert an ambivalent effect on people today – at once attractive and repulsive, they rarely meet with indifference. Monte Verità is an aristocratic phenomenon, a revolution from above.

Ida Hofmann had innovative ideas on the equality of man and woman. The human body was liberated from its corset and given space and air, with reformed clothing to match.

There were also interesting, unconventional political beliefs that shunned conformity in favour of alternative lifestyles and cohabitation. This was where society was to be rebuilt.There were innovative ideas too on spelling reform, advocating that words should be written as they were spoken – rather in the manner of the Shavian alphabet as a proposed reform of English spelling.

Monte Verità attracted innovative and international neighbours, most prominently Casa Gabriella, where Olga Fröbe-Kapteyn set up a C. G. Jung centre and organised the Eranos conferences; and the Elisarion Clarist temple, in which the homoerotic cyclorama “The Clear World of the Blissful” by the artist Elisar von Kuppfer was on display.

Monte Verità fascinated artists from all over the world: it was a place where they could express themselves freely and without censorship.

The duo that set up Monte Verità foundered on the contradictions between their incompatible goals: preaching the simple life while installing central heating in the Casa Anatta; enthusing about self-sufficiency while snacking on Brazil nuts; striving to create an anti-conformist society while making money from guests taking a cure. Having sold the Monte Verità property for a princely sum, the Oedenkovens decamped to Brazil with the aim of establishing a genuinely new community. Today, vegan products line the shelves of the major distributors: the third way has been assimilated, and many of the innovative ideas from back then have been swallowed up by the system and turned into merchandise.

From rejection to establishment

The reception of Monte Verità in the daily press reveals that everyone – guests taking a health cure, journalists, policemen – had an opinion about the place. As early as 1907, the ‘Nouvelliste Valaisan’ described Henri Oedenkoven as the founder of a sect (“fondateur de cette étrange secte”), to which Oedenkoven could merely respond in the media in order to distance himself from the radical groups there. Monte Verità was mentioned in connection with every murder and misdeed in the vicinity. An initial phase of defamation was followed by years of speculation about the sale of the property. In 1926, the banker and patron of the arts Eduard von der Heydt became the new owner of Monte Verità. Baron von der Heydt was acquitted on a charge of spying by a Swiss military court in 1948. Yet for years afterwards, institutions such as the Museum Rietberg, which had received generous gifts from him, and experts from other museums attempted to resolve the question of von der Heydt’s role during the Second World War (see Wuppertaler Museum, symposium, 23 and 24 October 2015). Eduard von der Heydt left Monte Verità to the Canton of Ticino.

In the 1950s and up to the 1990s the Canton, in association with the ETH Zurich, transformed Monte Verità into a seminar centre. In 1978, Harald Szeemann embedded the visionary ideas of Monte Verità in the Swiss memory with his travelling exhibition “Monte Verità: le mammelle della verità”. Today the entire operation – the historic hotel, congress centre, events, exhibitions and the tea house – is run by the Fondazione Monte Verità.

Since the late 19th century Monte Monescia, the verdant hill where once nobody wanted to live, has become a projection screen and place of reflection for seekers of many stripes.