In search of more (paid) holiday

With summer finally upon us, holiday preparations are in full swing. But when did holiday first appear? How was it obtained and how has it evolved? The NL shines a spotlight on the history of holiday in Switzerland.

Holiday as we know it today first appeared in Switzerland in the late 19th century. Initially limited to a few days, it was first granted to civil servants, then to employees, and gradually extended to include industrial labourers – for a long time the poor relation in this area, as bemoaned by the Solidarité horlogère, the weekly watchmaking industry publication, in August 1901. It asked “when will this exceptional health measure [holiday] become standard across the board and even a legal right for all workers?” But the publication was also pleased to report that some “quite sensible bosses” already granted their staff a few days of  “real holiday”, in other words paid leave.

From the employer’s discretion… to minimum entitlement 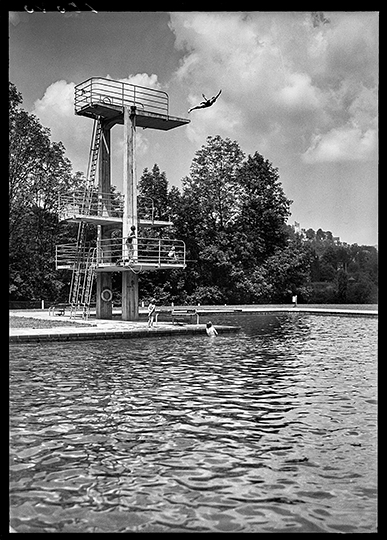 Originally left to the discretion of employers, the practice only became binding in the various sectors through collective employment agreements and the many pieces of cantonal legislation in the post-war years. The right to paid leave went mainstream at federal level in 1966 in the wake of the Employment Act which provided for two weeks of holiday. The number of weeks gradually increased, stabilising at four in 1984 and five for those under 20 (Swiss Code of Obligations, Art. 329a). In practice, employment contracts and collective agreements often offered more than this minimum entitlement.

In parallel to these improvements in workers’ rights, tourism saw strong growth in Europe from the post-war economic boom period. Previously the reserve of the well-off, leisure travel became more widely accessible thanks to rising living standards and a reduction in working time. The rise in private car ownership and improved transportation routes (motorways, railways, airlines) fuelled this enthusiasm while also expanding the destinations on offer, particularly abroad.

Despite international competition, which was often cheaper, Switzerland held its ground. As well as being a destination of choice for foreign tourists, it remained a favourite holiday spot for the Swiss themselves – a phenomenon that still holds true today, as shown by the accommodation statistics (Swiss nationals accounted for 45.3% of overnight stays in 2019, versus 52.9% in 1999).

The left and trade unions twice sought to extend the minimum holiday entitlement. In 1985, the initiative for five weeks of paid holiday from age 40 was rejected in a popular vote. In the newspaper Le Franc-Montagnard, the committee opposing the initiative in Jura evoked the harm that accepting the initiative would do to collective employment agreements and to their specific features. Instead, the committee backed the status quo of four weeks, which it said “seems to have satisfied everyone”.

In 2012, the initiative calling for six weeks’ holiday was also brushed aside by the electorate, with 66.5% voting against. The arguments for a better work-life balance and improved employee health, which were highlighted by proponents of the initiative, failed to hit home. In a country with a very strong SME sector, small and medium sized firms argued that this improvement for workers would mean an unmanageable level of costs for them and tipped the balance.

Despite a constantly evolving labour market, with opportunities to work part-time and in different forms (annualised hours, remote working), one thing never changes: coming back from holiday always leaves us wanting more. Will this feeling of dissatisfaction be enough to tip the scales in favour of a ‘yes’ in a future vote on the topic? Only time will tell.

Tips for research in newspapers and periodicals