Fillet steak or veggie burger? Food is about more than just nutrition

Today, anyone with money to spend has a vast range of foodstuffs to choose from. Our menu choices tell us quite a lot about our lifestyle and values. 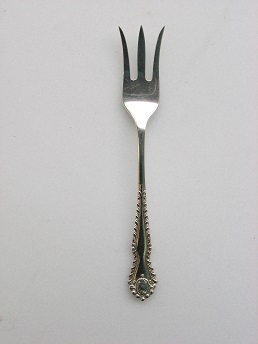 We eat what is available and what we like the taste of. In the process, we reveal something of our lifestyle and the values we hold. When we eat, we show what we can afford and what we believe to be the right nutritional choices. We cook at home, order in, go out to a themed restaurant or have a barbecue by the lake – alone or in company. And all the while, rules of conduct – both conscious and unconscious – help us along the way. In the Middle Ages, guides to table manners taught us how to behave while dining. In 1788, Adolph Knigge published rules of etiquette that are still regularly quoted today. In bourgeois circles there were rules on how to conduct oneself at the dinner table, and in the late 19th century, middle-class Swiss people had to know them in order to avoid committing a faux pas. Those unfortunate enough to see their names scratched from the invitation list lost all contact with the network of business relations.

A surfeit of choices on the menu

Today, private gatherings are concerned less with good table manners than with subtle differences in the menu: what food should be served, and what are the criteria governing the choices made? What image do you want to project: exclusiveness and luxury? Environmental awareness and actions to match? Or membership of a particular group?

As well as feeding us, food also creates a sense of identity and home: for Switzerland, it’s the cervelat – the nation’s “national sausage” –, fondue and raclette. For fans in a football stadium, biting into that barbecued sausage is a ritual. But not everyone has the option to communicate and demonstrate their values through what they eat: those on a tighter budget have fewer options. That has always been the case.

What we eat depends on what food is available and accessible. Until around 1850, most food came from the local area. The menu consisted of regional agricultural produce dictated by the seasons and harvests. Meat was mostly reserved for feast days or, for the lower classes, public holidays and butchering days. Industrialisation transformed everyday life: labourers working long shifts in factories had no time to cook elaborate dishes and little money to afford them, leading to incorrect and thus inadequate nutrition. The food industry started producing convenience foods such as Maggi soups to provide quicker access to a healthier diet. The butchering of animals was now largely confined to abattoirs. Researchers turned their attention to questions of nutrition. New views of what constituted a healthy diet were propagated, including everything from vegetarianism to “Birchermüesli”. Post-war prosperity and globalisation led to further changes. In the 1950s, pizza was an exotic delicacy; today, wholesalers stock specialty foods from all over the world at affordable prices. At the same time, products that are local and from sustainable, fair production are much in demand. But there is also a market for cheap foodstuffs and meat from factory farms.

For a long time, people ate more plant-based food than meat. It was not until the 19th century that Switzerland created the conditions under which sufficient meat for all could be produced at prices within everyone’s reach. By 1900, attempts were being made to improve the population’s health by means of dietary reforms, which also included vegetarian food. The idea that only protein-rich meat made people strong, and that everyone who performed physical labour – which meant men – had to eat meat, began to be challenged. The post-1945 economic boom made meat products accessible to many. Over recent years, the controversy over eating meat has heated up in the wake of science concerning climate change: meat production is resource-intensive and leads to emissions that harm the environment. Butchers advocate a responsible attitude to meat consumption and have begun offering long-scorned products such as offal and soup chickens once again. So is it right to kill animals when we can also live on a vegan diet? Is a veggie burger more sustainable than a filet mignon? It’s still a hot topic for dinner-table discussions.