This month’s “Flashback 125 NL” looks at the first Swiss National Day on 1 August 1891 and asks how national celebrations have changed over time. 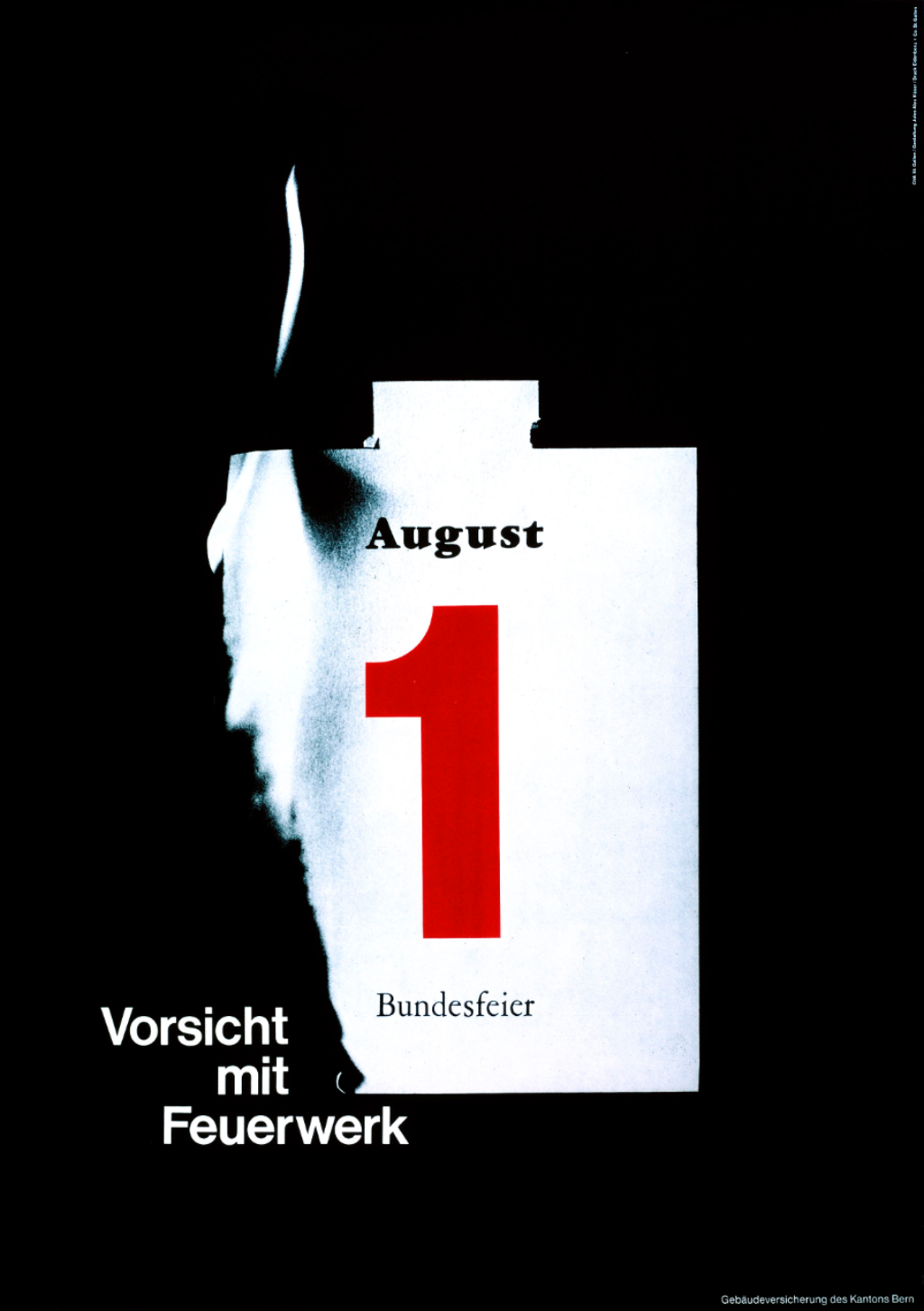 On 1 August, as pyrotechnics light up the sky, bonfires blaze on hilltops, sausages sizzle on the grill, flags flutter in the wind and speeches about the cultural traits and political virtues of the Swiss Confederation fill the air, not all Swiss people agree on just what is being celebrated. Some happily claim lineage with the forefathers who – legend has it – founded the free Confederacy in 1291. Others turn up their noses at such mythologising, patriotic self-glorification and would rather celebrate the first liberal Federal Constitution coming into force on 12 September 1848 as the National Day of a modern and enlightened Switzerland.

A celebration for Switzerland – but where and when?

The question of how best to celebrate a national holiday had already proved controversial among what Schiller’s Tell refers to as the “nation of true brothers” the very first time it was held, in 1891. Centenary celebrations had only just become fashionable, and the fact that the City of Bern chose to link its own 700th-birthday celebrations with the festivities marking 600 years of the Confederacy that year prompted some resentment, especially in Catholic cantons. In many cases Catholics – memories of their ignominious defeat in the Sonderbund War still fresh in their minds – felt themselves to be second-hand citizens living under the rule of the free liberal government. The idea that a celebration to mark the establishment of the Confederacy should be held at the country’s Reformed seat of government, rather than the myth-laden sites in Central Switzerland, aroused some indignation: “The people would not understand if, after all the fierce battles, a shared celebration were to be given over to vacuous cheering”, wrote the Bote der Urschweiz newspaper on 4 January 1890. In the end, conservatives and liberals agreed that the inaugural 1 August celebration in 1891 should indeed take place in Central Switzerland. Yet still the problems had not been wholly ironed out: now, the festivities marking the oath of fraternal unity threatened to fall through because Uri and Schwyz could not agree on exactly how to stage them.

The location and the programme were not the only contentious issues, however: even the date proved to be a stumbling block. Until then the Rütli Oath, which according to Aegidius Tschudi had been taken on 8 November 1307, had been regarded as the date of Switzerland’s birth, and not the signing of the long-lost Federal Charter, assumed to have been on 1 August 1291. On 5 January 1890, for example, the Winterthur newspaper Landbote wrote: “In the minds and consciousness of the Swiss people the date of 1 August 1291 simply does not figure as the foundation date of the Swiss Confederacy; rather, it would have to be artificially placed there by means of the proposed celebration.”It was perhaps due to the difficulties staging the 600-year celebration that it took almost a decade for the summer National Day to be institutionalised as an annual event in 1899.

These episodes demonstrate that the places and dates of collective memory are constantly subject to change, and that the form such commemorations take is often an indicator of topical contemporary issues. The reason the myth of 1307 was replaced by the myth of 1291 towards the end of the 19th century is that the still-young federal state needed to base the cohesion of the Confederation on a documented, quasi-constitutional act of alliance rather than an informal, rebellious oath between three Catholic communes.Similarly, today’s advocates of a National Day to mark the foundation of the state in 1848 seek to play up the integration of culturally and linguistically diverse regions and people into a nation united by choice, the foundations of which are constantly renegotiated on the basis of liberal, transparent principles and whose integration potential is far from exhausted.

Modern reformers are fond of arguing that the myths of yore are no longer compatible with historical factuality, and the legend of William Tell and his oaths should therefore be consigned to the dustbin of Swiss history.It is in the nature of such things, however, that the demand for a commemoration of the modern state’s foundation itself depends to some extent on mythologising simplifications of historical facts and emotional storytelling. The creation of identity-constructing narratives goes hand in hand with myths that reduce historical complexities and also have something of the invented about them. Ultimately, it is up to people to decide for themselves whether they want to look back, and how they want to remember.

In the 1890s, the spirit of the age demanded narratives to bolster national cohesion. It was that same spirit that gave rise not just to the creation of the National Day on 1 August 1891, but also the establishment of the National Library in 1895, so that the myriad stories of the Swiss people and Switzerland could be safeguarded for future generations. Preserved cultural heritage allows those that come after us to engage with it critically, against the background of their own challenges and efforts to foster a national identity.