The Swiss National Library was built between 1929 and 1931 in the Modernist style known as New Objectivity. The building’s avant-garde architecture features clear lines and an abundance of natural light.

The Swiss National Library (NL) was founded in 1895, but it did not move into its current home in Bern’s Kirchenfeld district until 1931.

A nationwide competition was held for the building’s design. The brief was that “the exterior of the building should reflect its purpose while eschewing all luxury, since it is a government facility”.

At the time, the NL was one of the most modern buildings in the city of Bern. Its symmetrical design features two wings and an eight-storey book depository tower at the rear. The structure’s defining characteristics – clear lines, unfussiness, functionality and an abundance of natural light – are typical of the avant-garde architecture of the 1920s and 1930s. It now enjoys protected status as a listed historic monument.

The NL underwent comprehensive renovation and extension between 1994 and 2001 under the aegis of the National Library Architects Group, comprising Andreas Furrer (b. 1942), Kurt Moritz Gossenreiter (1941–2007) and Christoph Stuber (b. 1953).

The exterior was left largely unchanged, while the interior was adapted to meet the needs of a modern library.

The most notable change was the creation of seven stories of stacks, entirely underground, beneath the eastern garden. Since this made part of the tower surplus to requirements in terms of book storage, the NL fitted it out with state-of-the-art workstations and opened it up for public use. A further four storeys of stacks were built on the western side between 2005 and 2009.

The NL is a highly acclaimed building and a shining example of Modernist ideas combined with the New Objectivity design philosophy.

Source: Monica Bilfinger, “The Swiss National Library in Bern”, Guides to Swiss Monuments, published in German by the Society for Art History in Switzerland (GSK) and the Federal Office for Buildings and Logistics (FBL), Bern, 2001 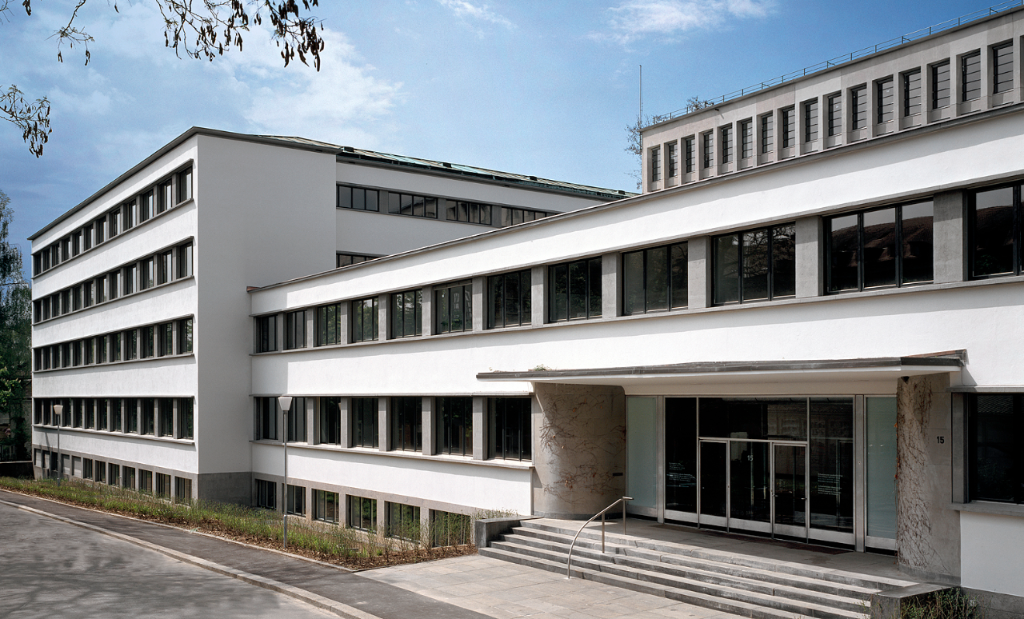 Foyer between the information office and reading room 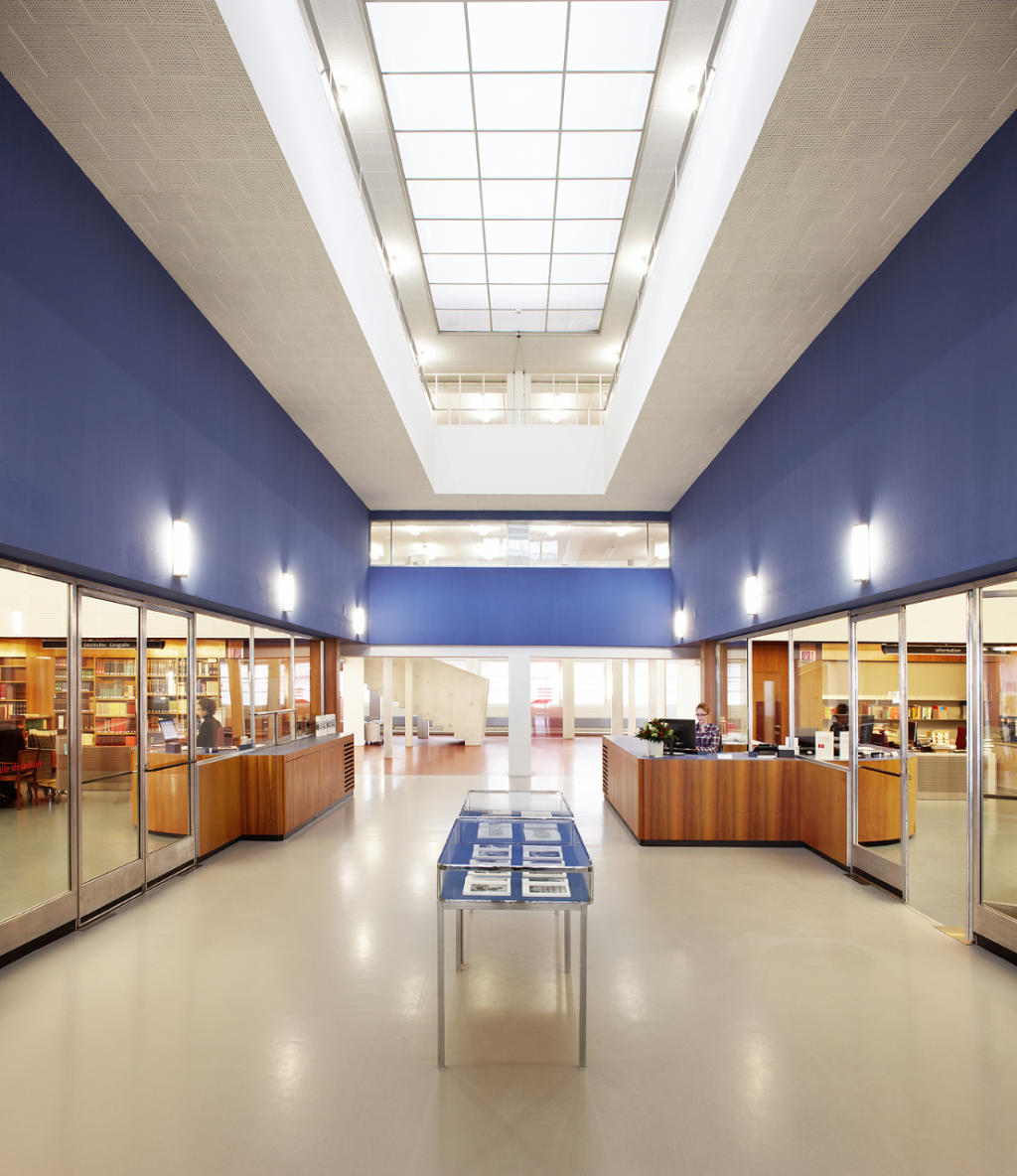 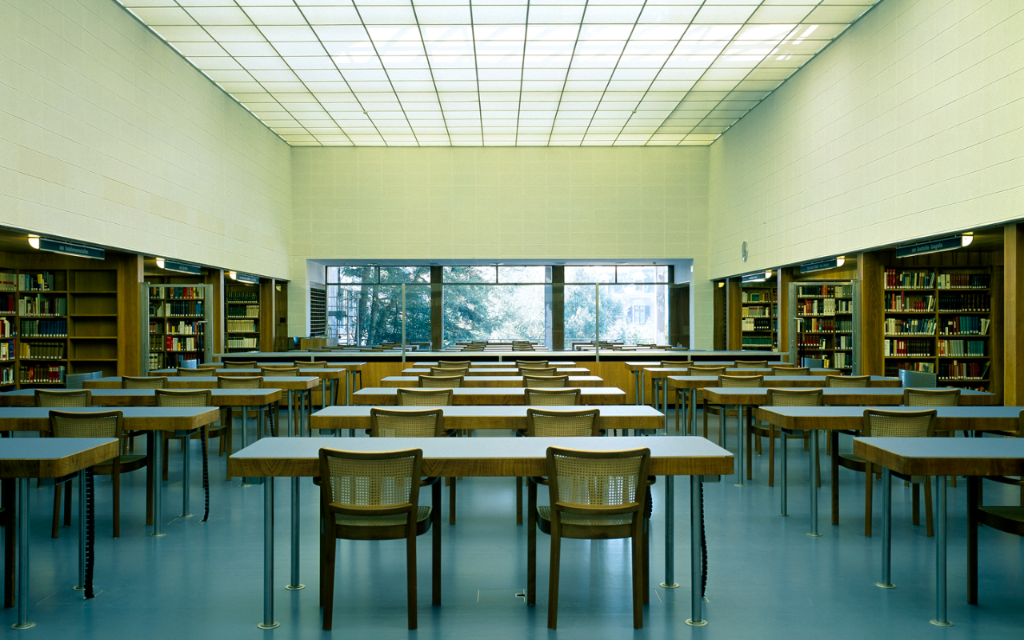 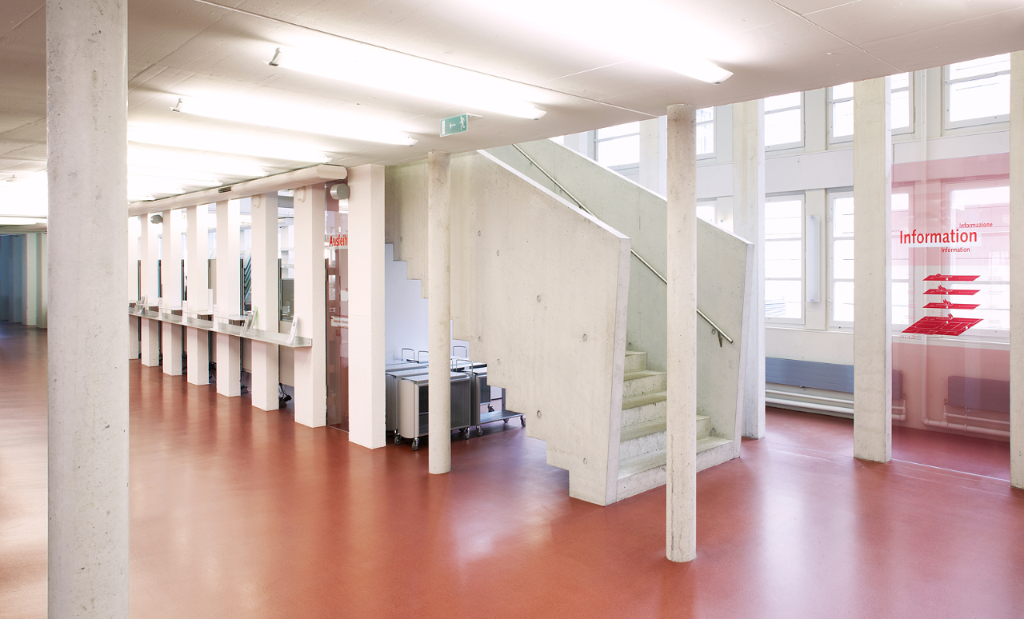 Entrance to the eastern storage basement 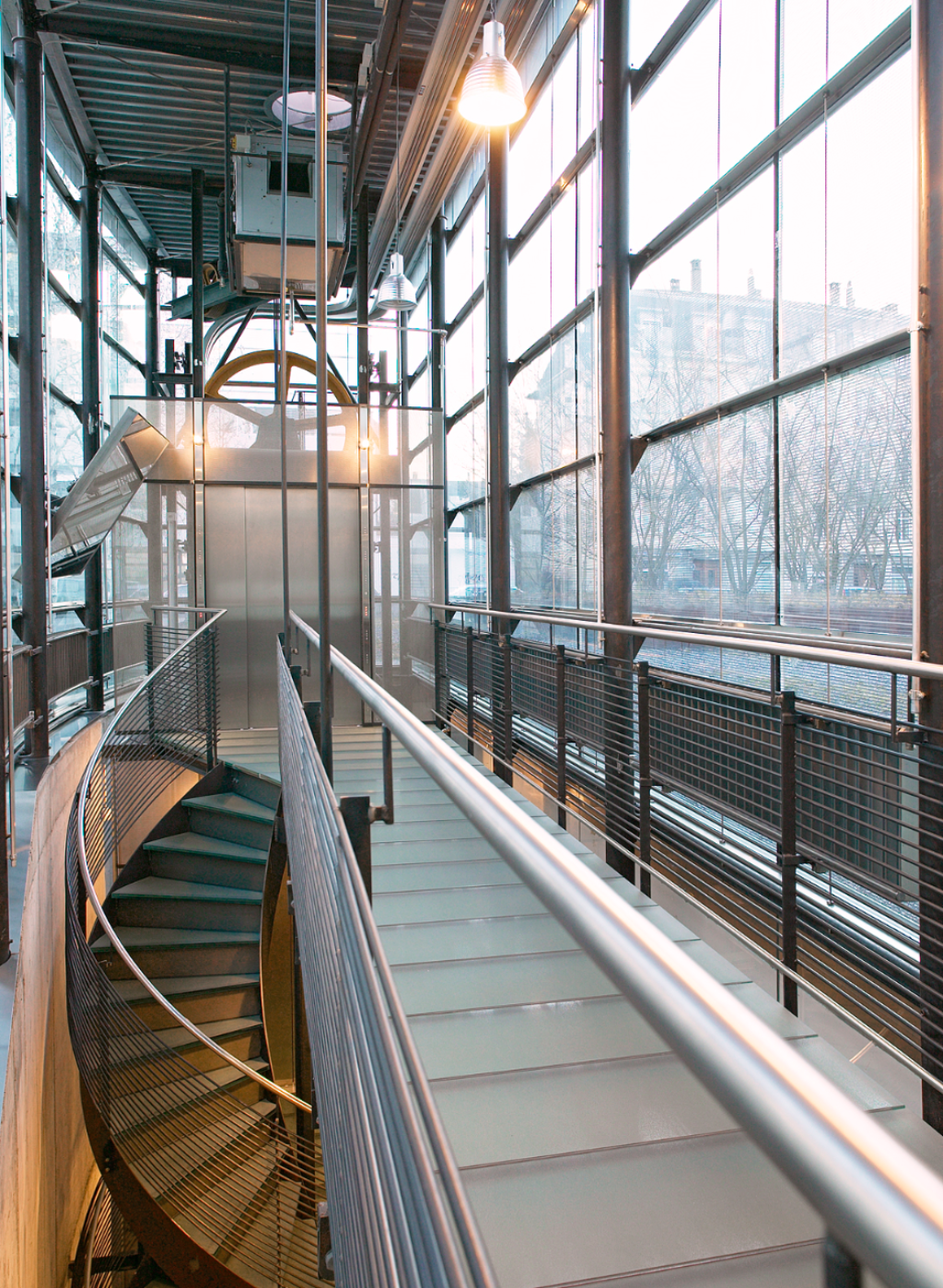 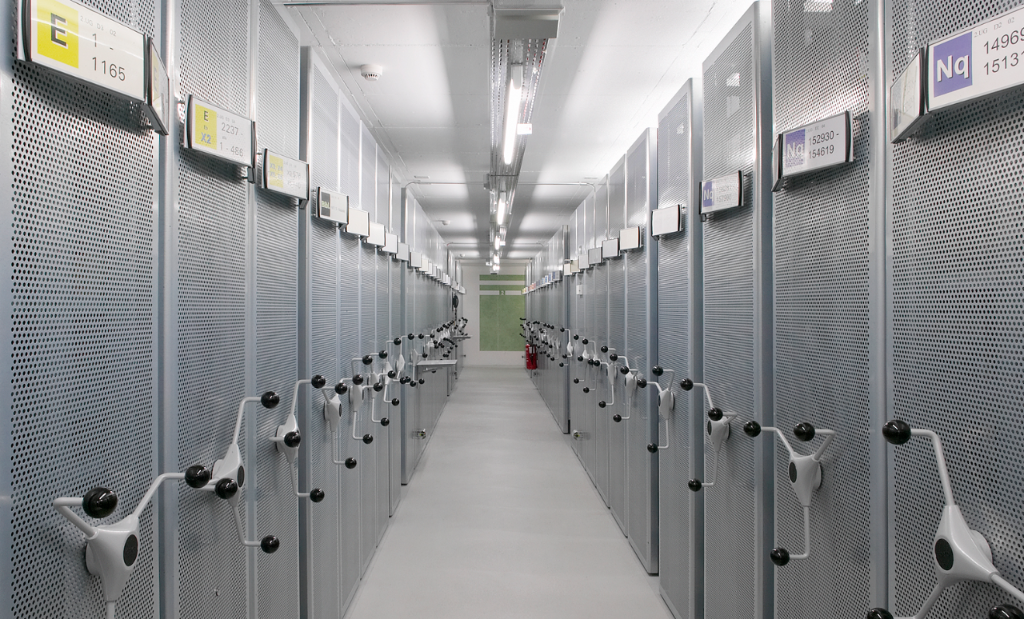 The architecture of the Swiss National Library (video)