Where the heart is – or isn’t

Once Switzerland’s female population finally gained the right to vote in 1971, some of the courageous “Stauffacher women” realised that the heart isn’t always what it’s about. But let us start at the beginning:

In Schiller’s “William Tell” (verse 326 ff.), Werner Stauffacher worries what will become of the women when men “perish bravely, sword in hand”. His wife Gertrud counters that as a last resort, “none are so weak” that they might not jump from a bridge. So delighted is her husband with this response that he throws himself into Gertrud’s arms, crying: “Well may he fight for hearth and home that clasps / A heart so rare as thine against his own!” So while he and his fellow combatants go into battle for the public, political order, the women stay behind to look after the home and animals (and the children). “Nature” has equipped women with a special organ for this purpose: the “heart”.

As they set out in the first issue of their eponymous magazine (“Lesbenfront”) dated October 1975, the Lesbian Front had had enough of the denial of autonomy and the heteronormativity inherent in the patriarchal institution of marriage. A working group of the Zurich Homosexual Women’s Group, the volunteer editors and authors met in the “Frauenzentrum” (women’s centre) run by the women’s liberation movement (Frauenbefreiungsbewegung FBB) in Zurich. They were part of the diverse new women’s movement which argued that female emancipation was about more than just formal legal equality with men. Instead, it aimed to effect a comprehensive transformation of what it saw as a repressive, exploitative society, with the goal of creating space for unconventional ways of living. 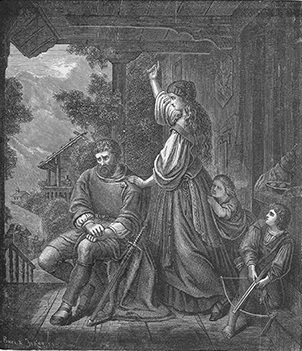 Ten years on, issue 20 of the magazine appeared with the new title “Frau ohne Herz” (Woman without a Heart). The new name was controversial within the working group, as the editorial makes clear. A minority complained that it was no more than a negation of the prevailing ideology, which saw women as the embodiment of heart, soul and feeling. When reading their own lesbian magazine, they argued, readers would not want to be constantly reminded of the popular women’s magazine “Frau mit Herz” (Woman with a Heart), the successor to the magazine “Sonne ins Heim”, launched in 1949, that is still on sale in newsagents. The title “Lesbenfront”, by contrast, had been a statement of intent and identity: “We fight against enforced heterosexuality and the psychological destruction of our identity.  ‘Lesbenfront’ therefore means standing together and defending ourselves.”

Times change, and magazine titles with them

Ten years later, October 1995 saw the publication of the last issue of “Frau ohne Herz”, number 35. The decision to bid farewell to the name provided an opportunity to look back at the origins of the Homosexual Women’s Group in the 1970s. This review throws up some surprising insights, such as the fear within the FBB that “the lesbians would damage the FBB’s reputation”.

The magazine continued to appear, under the titles “Die: Lesbenzeitschrift” (1996–2004) and “Skipper: Magazin für lesbische Lebensfreude” (2004–2005). Every printed issue from the years 1975 to 2005 has now been digitised and is available online via the e-periodica portal.

“Woe betide us if they are freed”

For Schiller (“The Song of the Bell”, verse 163), the proverbial warning cry refers to fire, “the free daughter of nature”. Yet symbolically it also expresses the fear of “capriciousness” taking over if women were allowed a say in political matters. In retrospect, those who felt “intimidated” must count themselves vindicated: not only have enfranchised women succeeded in outvoting men and achieving their desired outcome in at least a dozen federal votes, they have also made full use of their new-found freedoms to embark on actions that, once, were not simply regarded as “insubordinate”, but were actually suppressed by the state and society. These days, the humorous saying “A woman without a man is like a fish without a bicycle” amuses even those who, a few short years ago, were unaware (or reluctant to acknowledge) that one can live a good lesbian life.